Happy New Year! 😉  Here comes the time of the year where people usually start the “RESOLUTION” or a “LIFE PLAN” to become the better version of themselves. Here i am wanting to share with you the journey that i have with mine.

Have you every heard about plan your life goal for the next 20, 10, 5, 3, and 1 year? years back, I used to be a follower of this type of planning. I set up my Ultimate Life Goal and i cascaded them into two categories :

Then, believe it or not i took the plan and madee a financial planning too. That was how determined i was about all of these. *gulp* So, yep. if you have ever been in a job interview, questions like how do i see myself in the next 5 or 10 years didn’t freak me out. I used to feel i had the world on my hand. Oh dear.. young naive me.

The Little Less Uptight Version of me today..

Life doesn’t always give us lemon. I had to drank my bitter pills too and that has changed my life and me as a person. I threw the plan out of the window with only one goal : Self Recollection. I let life flows and hey, i found it’s not as bad as i thought it would be.  Afterwards, the goal transform into  Being Happy.  I become more carefree. I take a break, enjoy the moment, eat good food, getting a better sleep and exercise, do what i want to do instead just planning / wanting to do it.

Yet after, I realised that my  old 5 years plan still come true though i threw it halfway. It scares the hell out of me. It makes me think “do i still walk in the path unconsciously?”  – Maybe. I am grateful yet anxious but let’s make a truce with life. It was another moment of realisation for me that by  not having a plan i actually made myself unbalance. I concentrated too much on some items and losing grip for the rest.

So, for this year, this is what i would like to do :

In the end it’s a bout having a life balance for me. Once, i was a sprinter in life i forgot to take a look at my surroundings and it cost me a lot. Now, let’s pace it better with combination of walk, jog, run, sprint, and rest. I am getting older anyhow. xD

Wish you were here to help me getting through all of this. Cheers! 😉 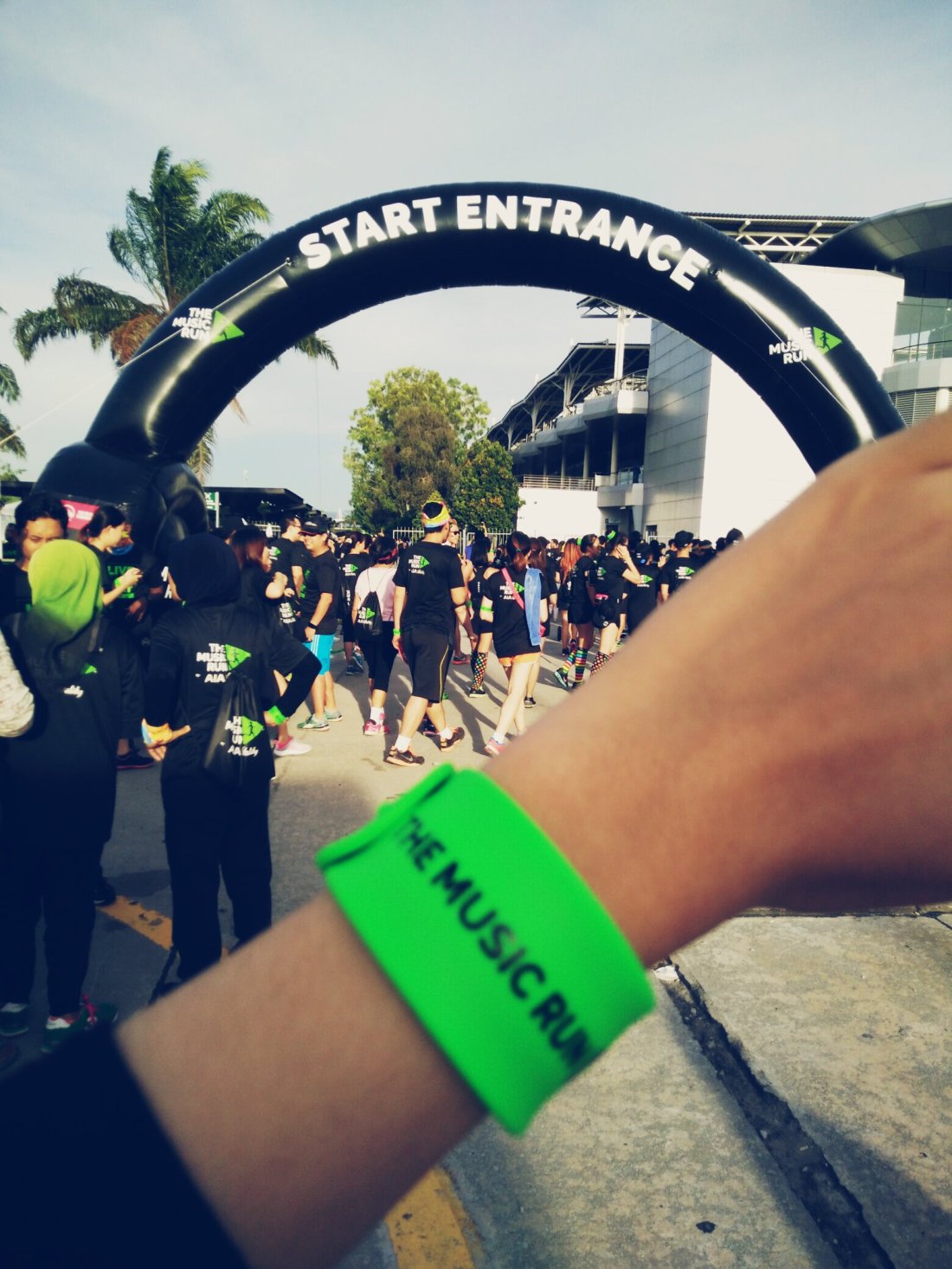 Once upon a time story, there was a couch potato girl who wanted to change for a better. She started to work out regularly and gaining some confidence in physical activities. Here she was…finding herself in a Fun Run Event!

This is another overdue story, that i was suppose to write a year ago. haha.. 😀

Okay, first of all. i had some injuries years ago so my knee and ankle are not as good as they are suppose to be. Nearing end of 2015, I started to train myself and somehow ended up joining this RUN! It was a fun run with 5KM range. at that time, I thought to myself, “hey! i could do it” so i signed up for it.

It was pretty basic process to join : sign up and pay the fee. You will get a receipt for a kit collection. The basic kit comes in a small cloth bag. It consists of a tshirt, head scarf / Bandana, and rubber wrist band. this is all to be used on the DAY!

KL Music Run 2016 was held at Sepang Circuit. The run itself divided into several parts where in each part they will play music based on theme. I think the length for each parts was around 1 KM each. We had : Rock, Pop, Old School, Hip Hop, and Dance. You could vote for the songs to be played in each part through their website. In which “hit” me a bit when i saw Avril Lavigne – sk8r boi was in OLD SCHOOL LIST. OH NO!!!!! it was one of the biggest hit during my teen years yet now it’s old school. hiks. Anyhow, i kept on running while keeping my tears inside when i heard the song in the Old School section. *wipe*

During the run time, i realised why people call such run as a fun run. It was not a competition so you could setup your own pace. It was crowded so anyhow you can’t really run in fast pace. The other thing was the attire. we had the same t-shirt but basically you could accessorize and wear other stuffs too.  Other than that, Within the section, there were some point of interests where you could see some performances, taking pics, and other group activities. I was caught by a bubble pool and forget my run for sometimes. haha.

However, After all of the obstacles and countless time of stopping by, i could finally see the Light! here comes the finish line! I remembered how I passed the line and being given a medal to finish it. It was great but the thing that matters for me more was the fact how my knee was not screaming after running. it was an achievement and a hard work paid off. all of those sleepy head training times paid off! yeay! please note that 5 KM might not look that much but it was a lot when you have your handicap.

Hold on… Running wasn’t all this event about. There was an aftermath event. They set a stage and had DJ played the music. I like it! i love the songs and the crowd. It was an interesting way to end the activities within the day.

Oh dear.. now, here i am reminiscing the past..wish you were there so we could run together and forget the havoc in our life for a little while! cheers! 😉 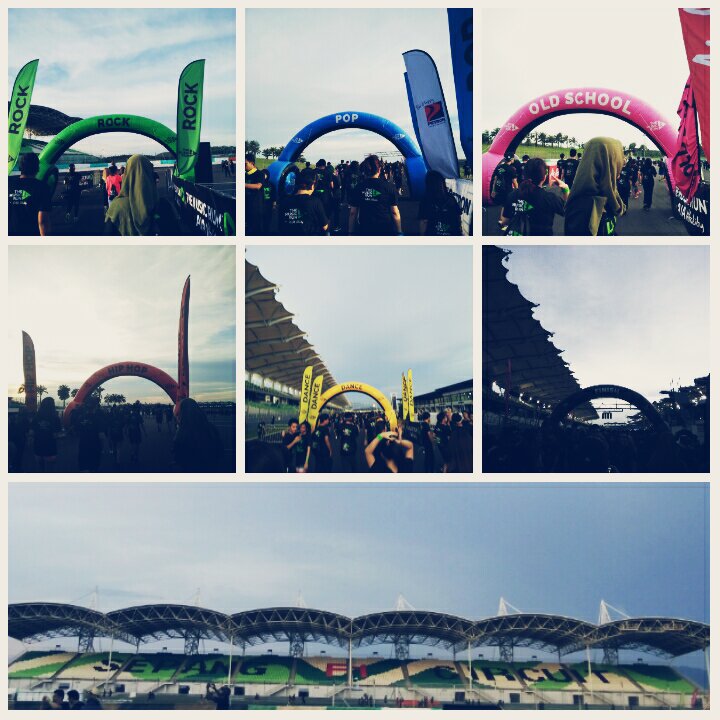